With the COP26 climate change meeting in Glasgow taking centre stage this month, global attention on the climate emergency is intensifying. There is little doubt that significant coordinated action is needed. The report in August from the United Nation’s Intergovernmental Panel on Climate Change (IPCC) warned starkly that the situation has become “code red for humanity”. Its assessment concluded that some effects of climate change such as continued sea level rise are irreversible at least for centuries – but if the world can reach Net Zero by the middle of the century, it is not too late to avoid the worst impacts of climate breakdown.

It’s a global issue that, at the top level, requires international and national action if we are to address it. Governmental public policy and targeted regulatory interventions and incentives will be key drivers.

But what of the picture at a sector level? More specifically, what about the technology sector and the actions that technology firms and IT functions can take to support decarbonisation efforts?

It has been estimated that digital technologies account for 5.9% of global greenhouse emissions[1] and that computing could have an even bigger impact on global warming than air travel[2]. With the huge rise in video conferencing and streaming during the pandemic, and the accelerating pace of digitisation and technology transformation, reducing the carbon from tech must be a key priority. Demand for data and digital services is expected to continue its exponential growth over the coming years, with global internet traffic expected to double by 2022 to 4.2 zettabytes per year.

And yet, Harvey Nash Group’s Digital Leaders Report  – the world’s largest and longest running survey of senior technology decision makers  – finds that the sustainability agenda languishes second from bottom on Boards’ priorities for their technology teams.

More than half of digital leaders we surveyed say their businesses are using technology to reduce travel and improve operational efficiencies – but less than a quarter are focusing on improving the carbon footprint of technology itself.

To an extent, reducing the carbon intensity of technology is out of most technology businesses’ hands – the hope must be that technological breakthroughs lead to computing hardware and software that simply require less power. If every laptop in the world ran on half the current electricity, for example, the global savings would be huge.

Data centres under the spotlight

However, we can’t ignore the problem and park it with someone else. One of the keys to tackling climate change is recognising that we all have a part to play. Small actions can build and create a large cumulative effect.

One key area that every technology business and IT function can look at is data centres. Worldwide, data centres consume an estimated 200-terawatt hours of electricity per year. One simple solution could be to switch from data centres in locations where power generation is coal intensive, like India, to ones where the electrical grid runs on renewable power, such as Finland. This can reduce carbon emissions by a factor of between 10 and 100 times.[3]

So, digital leaders need to ask the question: what is the carbon footprint of the data centres we use? Do they run on renewable energy or are they powered from fossil fuels? Some of these may be proprietary data centres or server rooms. If that’s the case, the solution is likely to be in your own hands, investigating a roadmap to switch to renewable energy sources over time. Others – potentially representing the bulk of your data centre energy consumption - will be run by cloud providers. So ask them the question. Make it clear that you expect renewables to take an ever larger share.

Certainly, it’s on the agenda of Big Tech. The huge global players like Amazon, Apple, Google and Microsoft are either carbon neutral already or on the path to being so – and even becoming carbon negative – by 2030 or similar. Common themes are moving to 100% renewable energy, investing in green technology development and R&D, supporting supply chains to become more sustainable, and supporting the planet with reforestation and carbon capture.

Getting on the low carbon journey

The rest of the industry needs to follow suit. I include the Harvey Nash Group in this! Like the digital leaders in our survey, we are at relatively early stages in our sustainability journey – but it’s rapidly moving up the agenda. We have just set a Net Zero ambition for the Group by 2050. We are beginning the process of switching to renewable energy providers across our businesses. We have an established and embedded commitment to recycling in all our operations. And of course we’ve long embraced digital technologies and platforms to reduce our travel and physical impacts upon the world.

We have also launched a scheme whereby we fund the planting of one square metre of seagrass for every new joiner to the Group. Seagrass lives on the seabed and absorbs carbon up to 35 times faster than tropical rainforests making it an incredible tool in the fight against climate change. New joiners receive a certificate confirming the seagrass planting. It’s one of those small actions that has an incremental impact – and raises the profile of sustainability across the Group.

As our report observes, the tipping point on carbon for the technology sector is very close. Even if COP26 delivers little that is specifically related to reducing the carbon footprint of the tech sector, sustainability has to become a priority for tech teams, as they will soon be asked to have it front and centre of future initiatives.

The tech sector has a potentially huge role to play in the Net Zero journey. The time has come to really embrace it and develop concrete action for change.

The writer is Bev White, CEO, Harvey Nash Group. The Harvey Nash Group Digital Leadership Report was launched today and is the world’s largest and longest running survey of senior technology decision makers. To register for a copy, click here . 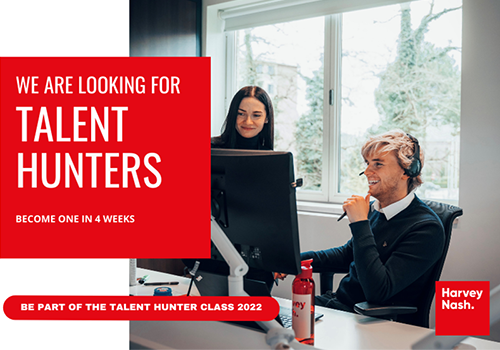